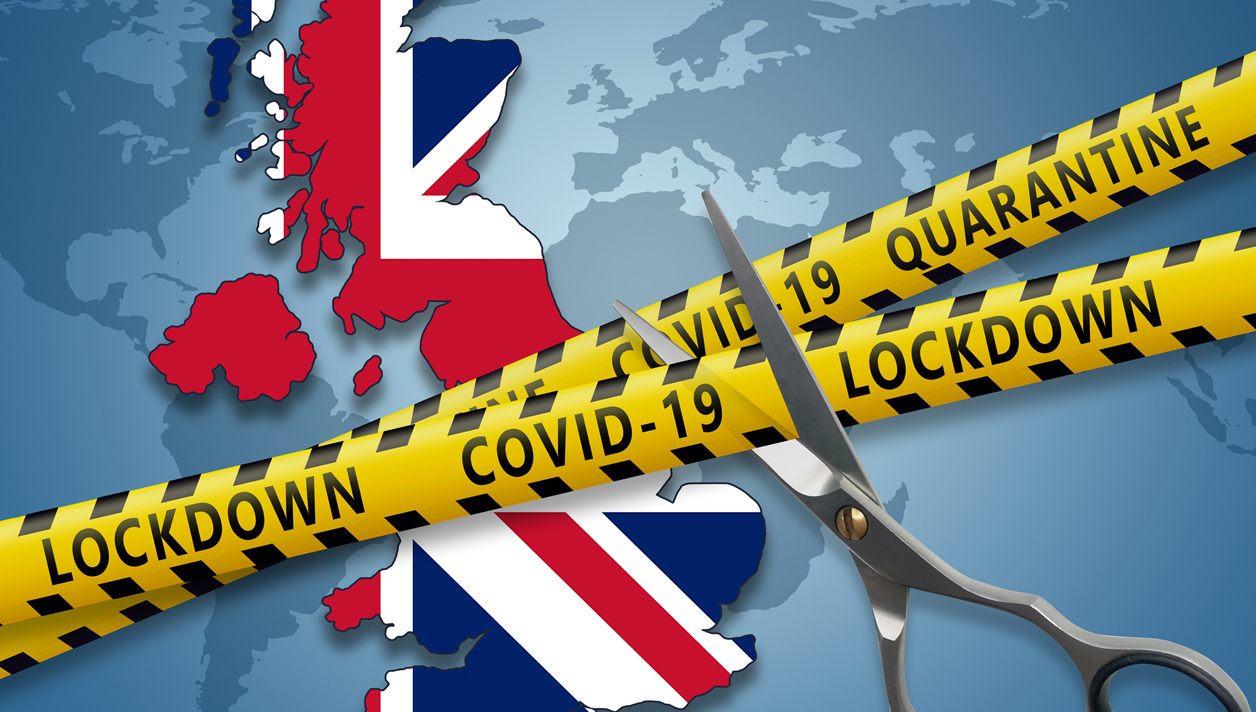 For the squillions of “Futurama” fans, it gives me great pleasure to reference Professor Farnsworth as I say, “Good news, everyone!” For those of you unfamiliar with or perhaps even averse to the animated science fiction sitcom, the catchphrase speaks for itself.

Government funding just announced and the earlier stage of re-opening are two very bright rays of light and hope for UK salon operators.

We are now confidently striding toward emerging from our third and final national lockdown and I cannot tell you how great it feels. There is a spring in our steps, as well as in the air – so another box firmly “ticked” as we look set to be opening just in time for the start of the tanning season. The only caveat throughout the UK, is that each of the devolved governments has stated that re-opening will be driven by data, not dates. But, all the indicators show the data sets to be on target.

Along with the good news of re-opening, we are taking a deep breath in relief to some rewards gained for all our “behind the scenes” efforts. Throughout the pandemic, we have worked tirelessly across all devolved governments and their relevant government departments fighting for our sector to be recognised and heard. And we’ve done it. We have secured significant success in terms of government recognition, enhanced government financial support for our sector and an earlier stage of re-opening in the phased easing of lockdown. I hope such achievements alone exemplify why being a member of a tanning trade association is so important.

In previous lockdowns, we were in the third re-opening stage after non-essential retail in Stage 2. This time around, we have secured re-opening at the same time as non-essential retail businesses. This will give salons a much welcomed additional five weeks of trading and at such a key time of the year, given we are provisionally set to re-open in England on 12th April. So, absolutely fantastic timing to get salons back open for the start of the season!

It also has to be said that this additional five weeks’ trading may very well be the difference for many tanning salon businesses surviving beyond next winter. The pandemic has depleted salons’ cash reserves and it is essential that these are replenished during this year’s tanning season to help ensure they can make it through the quieter winter months.

Whilst we have had a robust financial support programme from the government, the reality is that it has not been sufficient to cover all the fixed operating and fiscal overheads. We know that salon owners have had to dig deep into business cash reserves and personal savings, as well as take on debt through business loans, payment deferrals and even borrowing from family and friends just to keep afloat.

But the additional government funding just announced and the earlier stage of re-opening are two very bright rays of light and hope for salon operators. Of course, there’s still a long way to go before we can fully recover from the impact of the events of the last 12 months. But, emerge we shall, and I don’t think it will be too long before we can look back and reflect upon a number of positives that have come about for our industry as a result of these unprecedented times.

And whilst that may be a little while into the future, I’m confident it will be more fact-based than any science fiction sitcom!