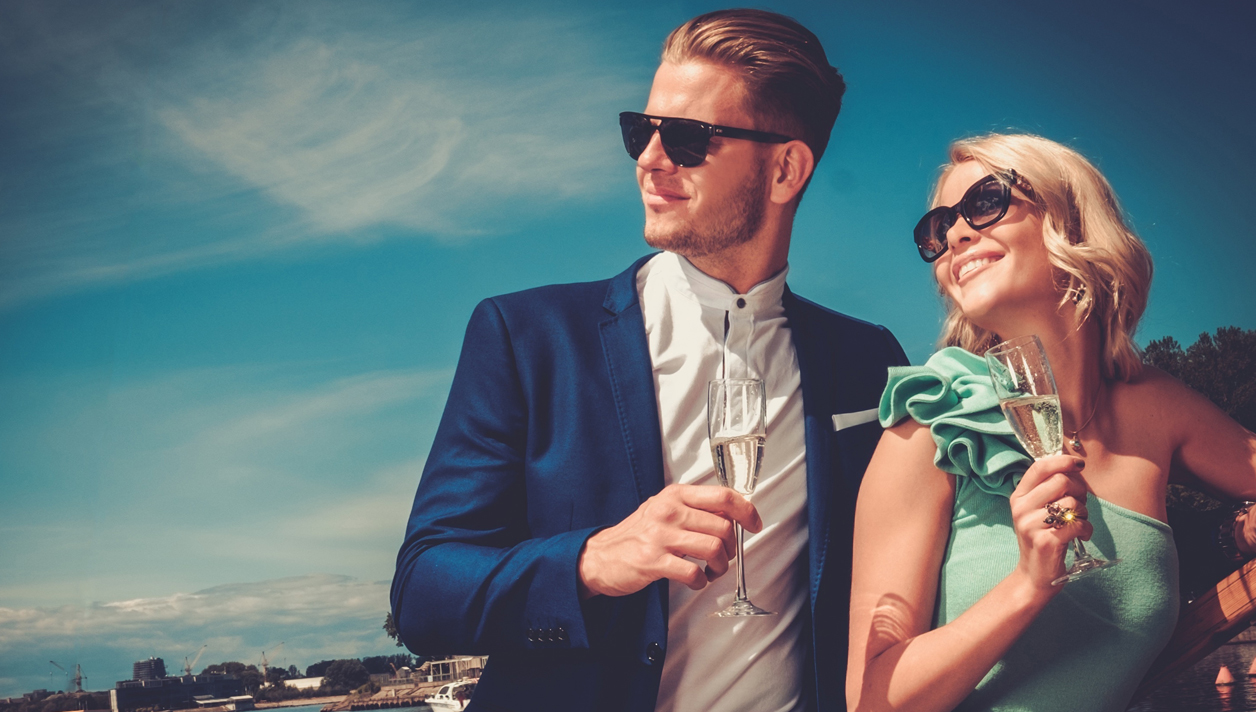 Being Rich is Not a Fantasy

It’s a funny thing: schools teach you how to read, write, and do math, things about history and geography, and how to pass a test; but they never broach the subject of how to get rich. Most believe that becoming a millionaire is for business owners, gold diggers, lottery winners, athletes, rappers and inventors. But, the super-rich come from all walks of life. In fact, four out of five millionaires today work for someone else!

The reason most people never get rich is that they never even consider it a possibility. The other reason is that people fundamentally don’t understand money. Very few know how to get it, even fewer know how to keep it, and almost no one knows how to multiply it.

Even in America – one of the world’s richest countries – 76% of people live paycheck to paycheck, some 50% of Americans have no retirement funds, and 47% don’t have $400 for an emergency. If these statistics came from a poor country, it would be one thing; but America is considered a wealthy country.

Turn on the TV or go online, and you’ll see endless, ridiculous financial advice. “Experts” offer “saving tricks” that suggest your path to wealth is price-shopping or putting more air in your tires to save gas. This one always cracks me up: “If you skip the Starbucks, you’ll save another $700 a year.” You can save $700 a year for the next 50 and you won’t be rich … you’ll just be old.

Another pundit preaches that all debt is bad, and that avoiding it will somehow make you financially free. “Never borrow money under any circumstance!” the previously bankrupt advisor promotes. He overlooks the reality that almost all the super-rich have used debt to multiply their wealth.

Flip the channel, and you’ll see fancy graphics illustrating how you should turn your money over to the boys on Wall Street who, smarter than you, will invest in stocks, bonds and financial instruments they can’t even explain. Ask your parents for money advice, and they’ll recite their path: get a good job, buy a house, contribute to your 401k, be grateful you have more than most, and pray everything goes right.

I’ve never wanted to just have “enough;” in fact, I’ve always wanted to be rich! While I believe in prayer, I don’t expect God to take care of my finances and I certainly don’t want to leave it up to everything “going right.” At a very young age, I noticed that the people who made the decisions and had the power of choice seemed to be those with money. I wanted to be one of them! I didn’t want money for the sake of money, but to have the power of choice.

One of my first experiences with money was walking to the local grocery with my brother and a quarter in my pocket to spend. I was eight – excited, giddy – and feeling powerful. As we walked, I fondled that quarter – then dropped it in the street and saw it roll into a manhole. Down on my hands and knees, I discovered my arms were too short to retrieve it. I got up wet, dirty, angry, and wanting to cry.

When I went home and told my father how I had lost my quarter. He said, “You shouldn’t play with money.” My grandfather later grabbed me and said, “Son, the problem isn’t simply that you lost the quarter; the problem is that it was your only quarter.” Since then, I’ve been fixated on the idea of amassing enough money so that no single event or loss would ever cause me to be without.

If you can relate to this article, get on my new Playbook to Millions program – created from my 30+ years of experience going from broke to becoming a millionaire over 100 times over. You can and should be rich, and shouldn’t have to wait until you’re old to do it.

At a very young age, I noticed that the people who made the decisions and had the power of choice seemed to be those with money.