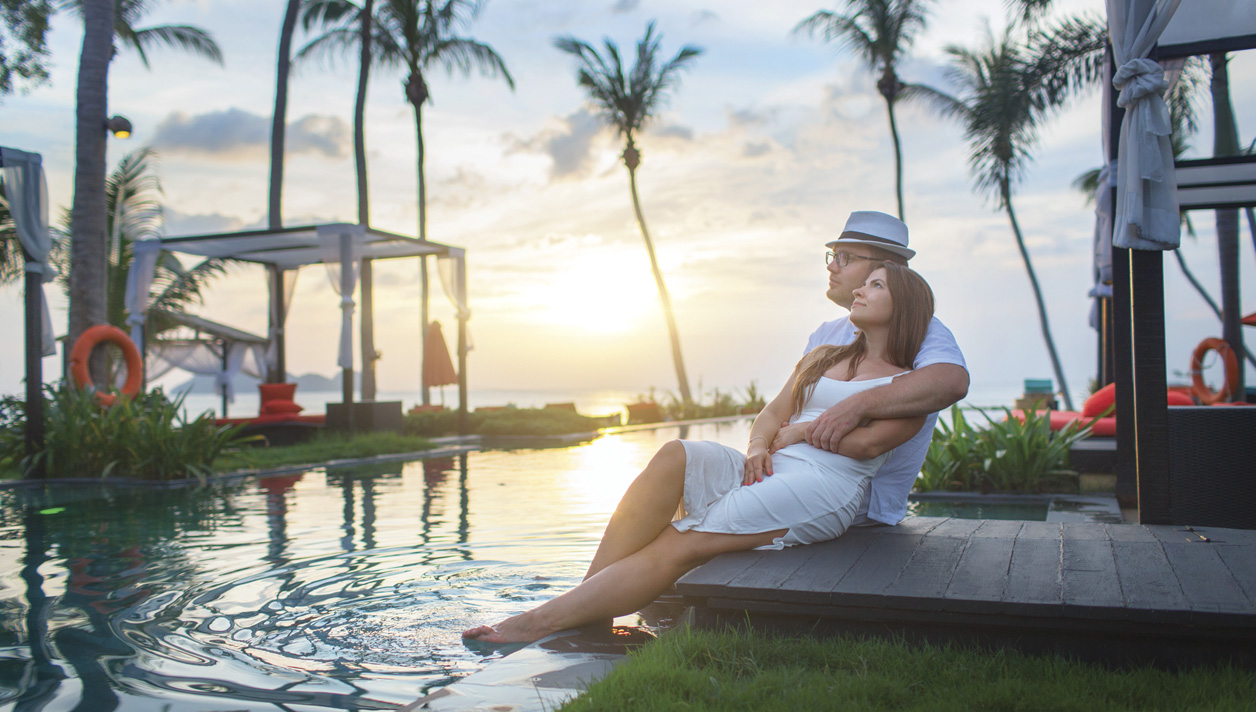 Don’t Settle Have it All

I’ve recently been on gorgeous Kona, Hawaii. There’s a lot of black lava, great food and tradition. Oh, and perfect sunsets. If you’ve been following me, you know I came from nothing … so the fact that I’m enjoying this kind of life right now, hanging out in Kona, Hawaii – it’s just incredible.

There are so many opinions out there about what’s possible in life … whether you can find the time to have it all, you know – the whole “life balance” thing.
But I decided I don’t want to settle.
Quick backstory: I grew up in a middle-class family and my grandparents were immigrants. My parents grew up in the Depression and there was a “scarcity” mentality in my household. When I started a business in my early 30s, I flew coach-class for the next 20 years, crossing my fingers and hoping each time for a seat upgrade because I was living with a scarcity mentality. I thought if I spent the money on myself for a first-class ticket, that would be selfish.
More importantly, I was scared.
My whole life illustrated the idea to minimalize: spend less, have less, think smaller. So, any time I saw people at upscale places like the Four Seasons, I judged them – how could they waste so much money on a hotel room? The old grant (Little Grant) would settle for the Best Western.
But you know what? People who stay at the Four Seasons are just living their lives.
My parents gave me a lot, but they did not give me the idea that you can have it all. The saving mentality that clips coupons and never splurges – it’ll get you a little money in the bank, but it won’t make you happy because you’re SETTLING. That’s why those same people will say money won’t make you happy, because they’ve lived like misers to save a million dollars and they’re not happy. They’re NOT sharing it because they’re afraid of losing what they have.


Don’t quit on the dream! The fact you have a dream tells you the dream is real and possible.


Should you have it all: abundant money, freedom from worry, time and health to enjoy it? I used to believe a person couldn’t have it all, that you had to suffer, that you had to struggle and grind. No, the reality is you’ve just got to come up with a great plan – and be in the right vehicle.
So, don’t quit on the dream! The fact you have a dream tells you the dream is real and possible. The right vehicle means you need to have some opportunity that has margins and volumes. You must figure out how to monetize. And if what you have is valuable, people will pay you for it.
People will pay you for strategies and solutions, but they’re not going to pay you for advice. They might pay a little bit to be entertained, but they’re not going to pay for a lecture. You see, I’m just lecturing you now – but it’s because I made so many mistakes for so many years. I used to be the guy saying, “save your money.” I used to be the guy saying, “don’t spend your money” and “there is a time and a place for that.”
If you’re eating a $200 dinner, you probably don’t need to be. But, if that $200 dinner gets you around the right people, you should spend the $200.
Minimalism is not the solution to a full life.
To have it all, you need a real business. You don’t have to do this on your own, by the way. That’s arrogant. I didn’t do it on my own and if I’d had more people involved sooner in my business, I’d have been where I am today years sooner.
If you want to get rich and you want to have it all, invest in yourself. Money won’t buy you happiness, but it will buy you a nice big house in Kona, Hawaii … with a beautiful view.