As anticipated, the American Suntanning Association will face a new state legislative challenge on behalf of the professional indoor tanning community in 2020: Should 21 be the minimum age for UV tanning in a commercial tanning facility?


One New York state senator thinks so. New York State Sen. James Skoufis, D-Woodbury, pre-filed a bill in November for consideration in the state legislature’s six-month 2020 session (January-June). Skoufis’ bill is the first under-21 bill introduced for actual consideration in the United States.
Arizona State Sen. Juan Mendez, introduced an under-21 UV ban bill in 2019, but that bill was largely regarded as a stunt to make Arizona State Sen. Helen Carter’s unsuccessful under-18 UV ban bill look like a compromise. Carter has introduced her under-18 UV ban bill eight consecutive sessions, but ASA and its partners in Arizona have defeated the bill every year.
The 2020 New York bill – one of more than a dozen anticipated tanning-specific bills ASA believes will be introduced in state legislatures this year – is a challenge that ASA is taking seriously, working with professional counsel and our state partners’ counsel.
“This has our full attention,” ASA Director of Scientific Affairs Joseph Levy said. “We will not spare any resources to not only fight this, but to make sure leaders in the New York legislature fully understand why this bill would be a mistake.”
Fortunately, we aren’t starting from Ground Zero in this battle. Since 2013, ASA has led in 103 separate state legislative victories, with a common approach of putting the industry’s positions in constructive, scientifically supported terms. That positive approach has paid dividends. Since 2015, ASA has convinced state legislatures 79 times that our positions make sense – continuing to win when we have the opportunity to lay out the unintended consequences of anti-salon legislation.
“We can demonstrate that our position – that UV tanning decisions should involve parental consent signed in the salon, but that the decision should rest with the parents, not the state – is scientifically solid,” said Levy, who has now traveled to 42 different state capitols on behalf of ASA and ASA partners.
As of press time in early December, the New York bill had not been formally assigned for committee consideration.
“Proponents are trying to suggest that this issue is similar to tobacco,” Levy said. “Eighteen states have raised the legal age for smoking to 21. But UV exposure – from the sun or from a sunbed – is not tobacco. It is qualitatively and quantitively deceptive to make that comparison.”
Tanning professionals in New York state are encouraged to join ASA to help the association fund advocacy work in Albany this year. Tanning professionals in other states should join to help ASA keep this concept from gaining traction anywhere else.
To join ASA today, call 855.879.7678, or visit AmericanSuntanning.org/register.
“The best way to keep legislation from getting any traction is to re-dedicate your tanning business to professional practices, sunburn prevention and to be worthy of the path that is being blazed for the tanning market of tomorrow,” Levy said. “And get involved with ASA. We need your support.” 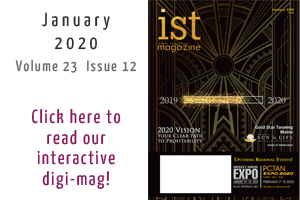