If ya’ll wanna know ’bout success, talk to a redneck. He’ll tell it to ya straight, without any of that fancy mumbo jumbo some of those city slickers use.

As Sales Manager for industry-leading sunlamp provider JK-Light, Bobby Wagner is among indoor tanning’s top tier. When he’s off the clock, however, he’s a hardworking entrepreneur just like the thousands of salon owners across the country he helps each day. For those who don’t know, he makes and markets his own brand of BBQ sauce called RedNeck Lipstick, and his dream is to become the “BBQ king of America.” In the middle of that journey, Bobby has discovered ten important lessons about success, and he wants to share what he’s learned with every tanning salon owner in America!

“Never let success go to your head, or failure get to your heart” is Bobby’s first bit of advice. “If you let either one happen,” he said, “it’ll stop you in your tracks. When I launched my sauce in 2008, I called it ‘Fatboy Happy,’ and I achieved some success almost immediately. A year later, I found out the name infringed on another business’s copyright.” Instead of being crushed, Bobby let the experience motivate him. It also led to the creation of his second rule: “If the plan doesn’t work, then change the plan, not the goal.” Instead of giving up, Bobby says he made the decision “to change the name of my sauce to ‘Redneck Lipstick,’ which is more marketable, anyway.”

“Confidence is overrated,” Bobby states in his third rule. While this outlook might seem contradictory to the message of most success coaches, he explains by saying, “Having confidence is good, but people tend to believe it will get them through anything. Some of my best decisions were made when my back was against the wall and I was forced to second-guess myself, scrutinize every detail and be more careful with my decisions.”

Bobby urges entrepreneurs to make a list of the things they love and the things they dislike. This, he explains, will allow every businessperson more time to do the things they enjoy and do well. As to those things they don’t like doing, he says, “Don’t surround yourself with people who are just like you. That’s my fifth rule.” Having a bunch of “mini-Bobbies” working for him, he says, would be a disaster. There would be no one to do the things with which he struggles. In these cases, Bobby recommends finding people who excel in areas in which you do not in order to move your business venture forward. “I, myself, have recently realized that I need a business partner to help take my sauce to the next level,” he added.

Rule six has to do with creating a demand for your product or service, says Bobby. “What’s the first thing a store does when they’re closing? They advertise a huge going-out-of-business sale. If they would’ve put that energy into promoting their business when it was open, they might not have found themselves in that situation.” Rule number seven is fairly straightforward, something that every entrepreneur should know. Bobby says, “You must display an image of success whether you have it or not. If you look the part, people will believe you’re successful and have more confidence in purchasing your product. This is the way it’s always been.”

“Motivation is not the key to success” according to Bobby’s eighth rule. He says this because he believes that motivation can be very short-lived. The answer is found in his ninth rule: Turn your motivation into a habit. “When I was a kid, my grandparents didn’t have an electric dryer,” he said, “and drying clothes on hangers left wrinkles. This motivated me to iron my shirts because I wanted to look my best, and it became a habit, one that I continued even after they got a dryer. In fact, the habit was so deeply instilled in me that I continue to iron all my shirts today!”

Even the most successful entrepreneurs have had setbacks, Bobby says. In cases such as these, Bobby points to his tenth rule, which states that the key to ultimate success is how much time you give to a failure. He suggests making that time as short as possible, adding that “failure can create fear, and fear can hold you back. That’s why it’s best to learn what you can from a failure, then put it behind you as quickly as possible and keep moving forward.” And as testimonials to this rule go, Bobby says he’s living proof! Although he’s faced some setbacks on the road to fame and fortune, he continues to make and market RedNeck Lipstick working take it to barbecue’s big league.

When it comes to the “rules of success,” JK-Light’s Bobby Wagner knows what he’s talking about. His downhome wisdom is distilled into ten, easy-to-understand guidelines that can help a salon owner – or anyone else – seeking to live their dreams. 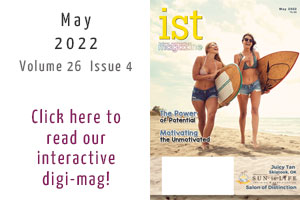 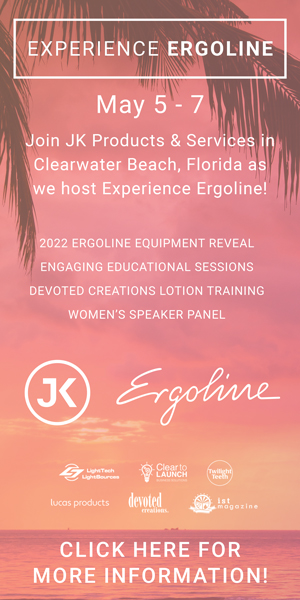