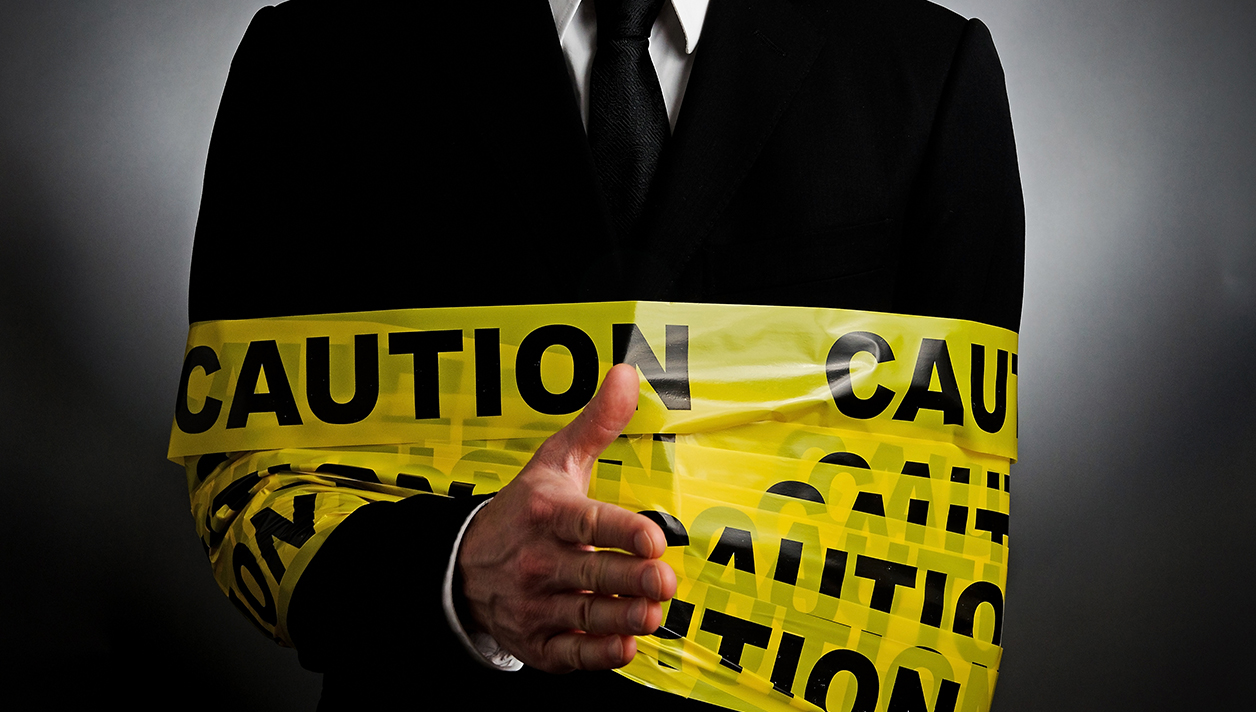 Trust and Breaking the Rules

Should you trust people who follow the rules or those who know when to break them? What happens when there are no rules? This article will discuss the relationship between trust and following or breaking rules. It will also broaden the scope of the discussion and discuss ethics, too.

Should you be trusted to know when to break the rules?

The dictionary definition of anarchy includes “lack of obedience to an authority.” That’s what breaking rules means. The first question to ask is: when you decide to break the rules, are you willing to accept the consequences?

Generally, people should be trusted to follow rules for several reasons. Rules provide predictability because you assume that other people will follow them. Rules protect us from each other and the arbitrariness of the government.

When you consider breaking the rules, ask yourself if it’s okay if other people break the rules in a way that might hurt you. Is it okay if the government or the company you work for breaks the rules and hurts you in the process?

In the courtroom scene from “A Few Good Men’’, Colonel Jessep says, “We follow orders, son. We follow orders, or people die. It’s that simple.” Those who served in combat military units never challenge an order given to them, for exactly that reason. Can you imagine what would happen if every soldier would decide which orders they follow and which orders they ignore?

How about air traffic control? Can you imagine pilots deciding unilaterally which directions to follow and which to ignore while putting the lives of their passengers in danger?

How do you know if you can break the rules?

Not all rules make sense. Some are archaic, and may not cover modern situations. How do you know if you can break them or not? One of John F. Kennedy’s favorite quotes was from G. K. Chesterton’s 1929 book, The Thing: “Do not remove a fence until you know why it was put up in the first place.” Before breaking a rule, ask yourself: do you know why this rule was created in the first place? Could the reason for the rule still be valid and you simply may not know it?

One of the most important components of your trustworthiness is fairness. If you break the rule while someone else follows it, they are put in a disadvantaged state. If you decide to drive faster than the speed limit while the other person follows it, you will get to places faster than they would, which is unfair to them.

What if you break the rules simply because you can afford the consequences, consider them “the cost of doing business,” and the other person can’t? Wouldn’t that be unfair?

What would be a good enough reason to break the rules? Because they don’t suit you? Even if your rule-breaking might hurt other people? How about when it hurts those who can’t defend themselves? People with disabilities? Minorities? Is it enough that most people prefer to follow the rules?

What if there are no rules?

Let’s broaden the scope of the discussion to include ethics. To be clear, the word ethics here doesn’t refer to a Code of Ethics that many organizations put in place. Those have extrinsic consequences, and therefore should be considered rules.

What would you call those actions that are above the legal bar, but below the ethical bar? We typically call them “gray areas.” Those are things you know you shouldn’t do, but you do them anyway because they are not illegal.

The government’s response to those actions is to raise the legal bar, but that has several unintended consequences. First, we relegate our decision-making to rules. Why should we think for ourselves if the government does it for us? Second, we rationalize breaking the rules. We break the rules because we believe they were put there out of the arbitrariness of rule-makers.

What should we do? First, we should behave above the ethical bar, even though actions below the ethical bar are not illegal. Don’t rely on rule-makers to tell you what’s right and wrong. Second, we should start raising our own ethical bars. Do more good.

Breaking the rules … and TRUST

When you operate above another person’s ethical bar, you meet the requirements of the Personality Compatibility component of trustworthiness, which has the strongest correlation to trust (86%). To be trusted, you must operate above the ethical bar of the person from whom you want trust. That bar might differ for different people and in different contexts. It’s different from yours. For that reason, focus on the other person’s bar and not your own because trust is asymmetrical. Besides, when you break the rules and the other person doesn’t, it puts them in an unfair situation, and fairness is another important factor in your trustworthiness.

If a rule is not good for you, don’t just break it. Find out why it was put there in the first place and what effect breaking it will have on other people before you decide to break it.

But if the rule is not good for anyone, do something about it! If those are company rules, quit the company! If those are government rules, speak with your legislators! Remember that legislators are put in office by YOU during elections. Replace them in the next election cycle, or run for office yourself!

Yoram Solomon, Ph.D., MBA, LLB, is the author of The Book of Trust®, host of The Trust Show podcast, founder of the Innovation Culture Institute™ LLC, and facilitator of the Trust Habits™ workshop. To book Yoram for a keynote or a workshop, enroll in his Trusted at Work online courses, get his books, get free content or find out more information: trusthabits.com