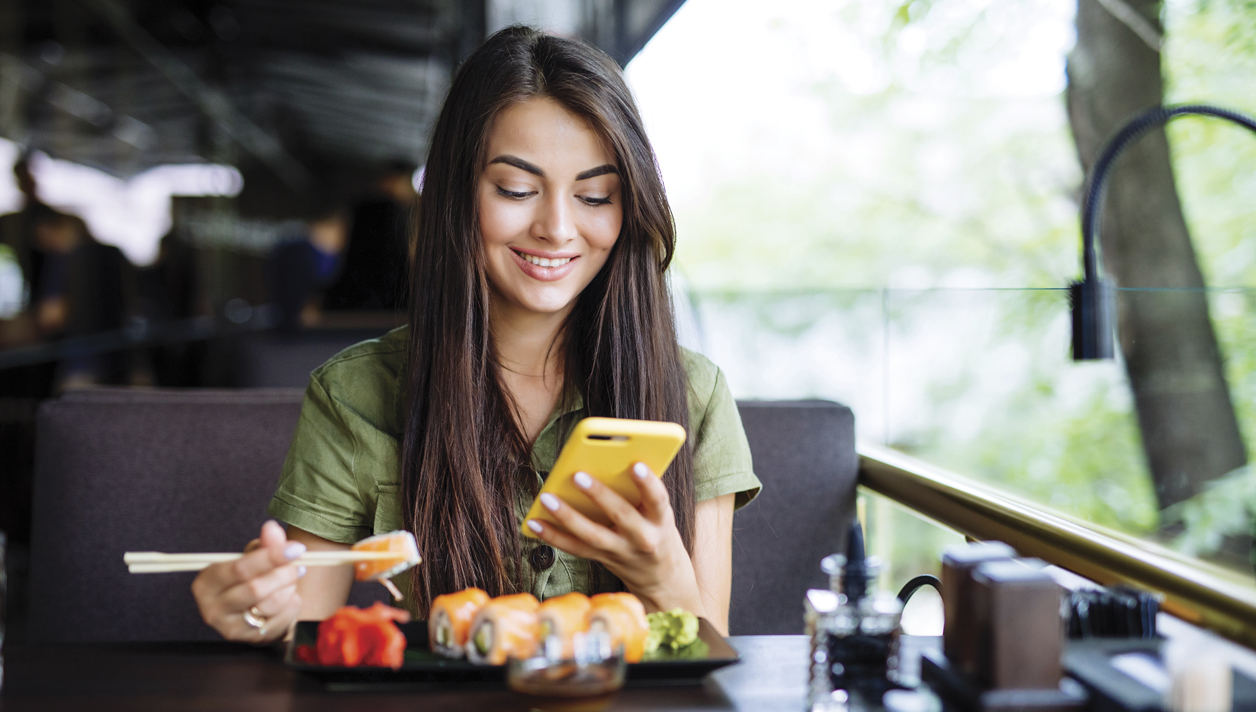 How Millennials’ Notions on Food Are Changing the Entire System

Like the Baby Boomers before them, Millennials tend to do things their own way, and that’s not just a reference to their often-stereotyped love of avocado toast. Surveys have shown the generation born between 1981 and 1996 – people aged 24 to 39 at the end of 2020 – favor organic foods, dine out more often and value convenience.

How will their distinct food and dining preferences change the food industry? If 27-year-old Laura Godenick has anything to say about it, the result will be healthier and more sustainable.
A third-generation vegetarian, Godenick grew up eating a diet rich in organic fruits and vegetables. That was more difficult at the University of South Carolina in Columbia, where she was disappointed by the campus cafeteria’s limited vegetarian options and lack of transparency about where the ingredients were sourced.
Seeking to make change, Godenick co-founded a local chapter of The Real Food Challenge. The organization trains students to lead campaigns to increase the number of sustainable, local, humane and fair food sources available on campus. They wanted to shift 20% of USC’s cafeteria purchasing in that direction. “If we can change our food system on a university level, then we can do it in other institutions as well,” Godenick said. “We the people who are eating the food should be in control of the food that we consume.”
It’s a sentiment shared by many of her peers. According to the U.S. Census Bureau, Millennials have nearly surpassed the Baby Boomers in buying power. The way they are wielding that power is rippling throughout the entire food system.
A U.S. Department of Agriculture report found Millennials dine out at restaurants about 30% more often than older people, the vast majority at least once per week. Millennials also have embraced fast-casual concepts, a hybrid between fast food and sit-down restaurants that often offer more customization and healthier foods at a lower price point.
Meal delivery apps are likewise growing in popularity. Indeed, the National Restaurant Association found 67% of Millennials are more likely to order from places that offer home delivery. That might explain why Millennials frequent grocery stores less often than other generations and spend less money on food at home, generally.
That’s not necessarily good for public health, said Marie-Pierre St-Onge, Associate Professor of Nutritional Medicine at Columbia University in New York City. “Restaurant meals are usually saltier and higher in saturated fat than foods prepared at home,” St-Onge said.
In addition, the USDA reported that while Millennials buy less grain, white meat and red meat than other generations, they spend more on prepared foods, pasta and sweets. That worries St-Onge. “If you have a well-balanced diet, it’s okay once in a while to have some cake or a treat,” she said. “But hypertension is rampant, people have elevated cholesterol levels and Type 2 diabetes is occurring at earlier and earlier ages.”
On the other hand, Millennials eat more fresh and frozen vegetables than other generations. In fact, a 2017 study found Millennial parents buy more organic food than any other cohort. One recent study found 26% of Millennials are either vegetarian or vegan, and 34% of meat-eating Millennials eat at least four vegetarian dinners each week. “Whether organic or non-organic, increasing consumption of fruits and vegetables will have a good impact on health in general,” St-Onge said.
Start-up companies are responding by developing convincing plant-based meat substitutes, some of which claim to have a smaller carbon footprint than a real beef burger. Established food companies also are getting into the game, investing in plant-based alternatives to meat, chicken and dairy products.
Restaurants are changing, too. A vast majority of adults polled by the National Restaurant Association believed today’s menus offered healthier options than in past years.
While the overall health impacts are not clear, innovations to the food system have increased the diversity of the food supply and resulted in people buying more healthy foods, according to a recent science advisory from the American Heart Association.
“Any move towards a healthier product in the food supply is a good thing for public health,” St-Onge said. Godenick shares that sentiment. While The Real Food Challenge did not achieve their goals during her time at USC, she believes raising awareness about sustainability will ultimately pay off in a healthier and more transparent food system. “It’s a long-term goal,” she said.
“There is a shift happening for sure,” Godenick concluded. “Millennials care more about where their food is coming from, and that’s a good thing on so many levels.”
Share 0
Tweet
Share
Share