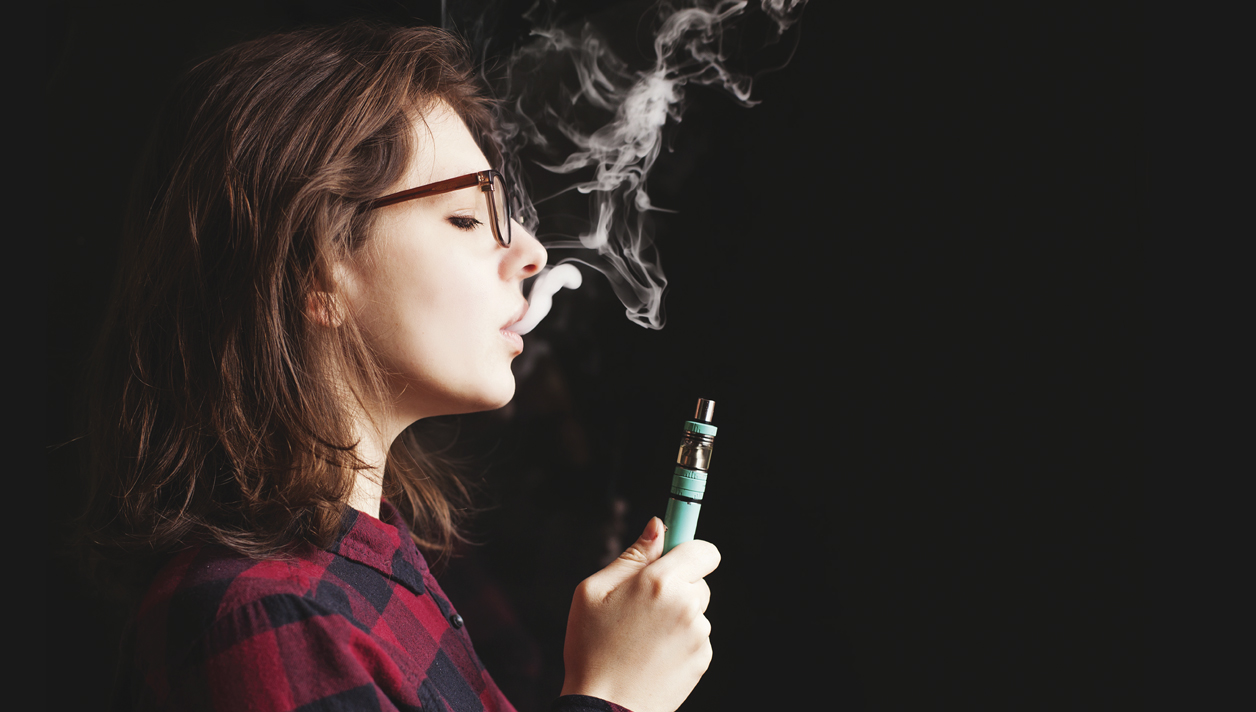 The kind of teenager least interested in smoking appears to be the type most likely to try a cigarette after they experiment with vaping, a new study indicates.

Overall, teens are four times more prone to trying traditional tobacco cigarettes if they’ve ever used an e-cigarette, the researchers said.
But “low-risk” teens are nearly nine times more likely to try smoking after they’ve vaped, according to findings published online Feb. 1 in JAMA Network Open.
These low-risk teens don’t drink or do drugs, show little affinity for frightening or exciting things, don’t have much interest in trends, aren’t curious about smoking and would turn down a cigarette if offered one by a friend, said senior researcher Andrew Stokes. He’s an assistant professor of global health at Boston University’s School of Public Health.
Despite all this, there’s something about either e-cigarettes or the experience of vaping that appears to open the doorway for these particular kids, making them more likely to light up in the future, Stokes said.
“We really isolated a very low-risk group of youth, and within that group experimentation with e-cigarettes had a pronounced effect on subsequent cigarette uptake,” Stokes said. “We do think there’s something unique about e-cigarettes, and they’re being taken up without knowledge of the extent of their consequences.”
No other product has ever shown such potential to be a gateway for smoking, the researchers concluded.
The recent enormous popularity of Juul e-cigarettes among teenagers probably has made vaping’s influence even stronger among low-risk teens, Stokes added.
The study period was prior to the popularity of Juul, which is “a stronger product,” he said. “It gives you a stronger hit and has potentially more nicotine than the older-generation products. The associations we found here may grow more pronounced with Juul. If anything, we may have underestimated the gravity of the problem relative to where we stand today.”
For this study, Stokes and his colleagues analyzed data from the Population Assessment of Tobacco and Health Study, an ongoing series of surveys on tobacco use co-sponsored by the U.S. Food and Drug Administration and the National Institutes of Health.
The data tracked cigarette and e-cigarette use over two years among just over 6,100 kids aged 12 to 15.
None of the kids had tried any tobacco product when they were first surveyed in 2013-2014, but the adolescents did answer a battery of questions designed to see how likely they were to try smoking in the future.
A second survey in 2015-2016 assessed how many of the kids had tried either vaping or smoking in the interim.
Kids who had vaped were four times more likely to experiment with cigarettes, and were three times more likely to be current smokers, the findings showed.
More than 43,000 current young smokers started using tobacco after they had experimented with e-cigarettes during the two-year period of the study, the study authors estimated.
The results were more startling when researchers compared low-risk kids to those more likely to take up smoking.
Kids already inclined to smoke were about 3.5 times more likely to pick up cigarettes after they’d tried an e-cigarette.
But kids not much interested in cigarettes were 8.5 times more likely to try smoking after they experimented with vaping, the investigators found.
Nicotine addiction is one potential explanation for this effect, said Dr. Christy Sadreameli, a pediatric pulmonologist at Johns Hopkins Hospital in Baltimore, and a volunteer spokeswoman for the American Lung Association.
Prior studies have shown that many teens don’t know that the vapor from e-cigarettes contains the same addictive substance found in tobacco, Sadreameli said.
“This is a reminder that e-cigarettes are very addictive, and that’s one of the reasons why we’re concerned about teens using them,” Sadreameli said.
While nicotine plays a part, Stokes thinks the influence of vaping is “more complex than just nicotine.”
Low-risk teens who try vaping and have a pleasant experience might be less opposed to trying other tobacco products, Stokes said.
“Another possibility is it reduces inhibition,” Stokes continued. “Once they try it and they’ve broken that boundary, they might be more viable for future experimentation.”
Vaping might also place these kids in new social groups that are more casual regarding substance use.
“You may be more likely to be offered a cigarette, and you may be more exposed to tobacco industry marketing,” Stokes said.
The new study is “another piece of evidence adding that we urgently need the FDA to take meaningful action to prevent e-cigarette use and tobacco use among our most vulnerable, our teenagers,” Sadreameli said.
SOURCES: Andrew Stokes, Ph.D., assistant professor, global health, Boston University School of Public Health; Christy Sadreameli, M.D., MHS, pediatric pulmonologist, Johns Hopkins Hospital, Baltimore, and volunteer spokeswoman, American Lung Association; Feb. 1, 2019, JAMA Network Open, online
HealthDay
Share 0
Tweet
Share
Share